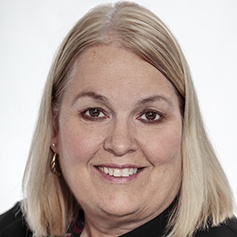 The Honourable Margaret Miller was first elected to the Nova Scotia House of Assembly as MLA for Hants East in 2013 and was re-elected in 2017.

She has worked in agriculture, forestry and small business and served as the National President of MADD Canada.

She is a member of the Community Services, Human Resources, Public Accounts, Veterans Affairs, Law Amendments and Health Committees.