Home » About the Legislature » Supporting Offices » Clerk
Back to top

Office of the Clerk

The Chief Clerk and Assistant Clerks, who operate under the direction of the Speaker of the Nova Scotia House of Assembly, provide advice and support to the House on procedural matters related to its privileges, procedures, rules, and proceedings.

Duties of the Clerk are stated in the Rules and Forms of Procedure of the Nova Scotia House of Assembly. Although the Clerk’s role in House proceedings appears throughout the Rules, sections 76 to 77 specifically address the Clerk.

In the House of Assembly

The clerks prepare the daily agenda for the House (the Order Paper), call the items of business in the House and officially count the votes of the members.

The Chief Clerk supports and assists the Speaker and members in the performance of their constitutional and parliamentary duties by ensuring the proper and efficient functioning of the House and its committees. The Clerk applies the rules of the House of Assembly Act and other provincial statutes, and conducts procedural research.

The Chief Clerk provides management, direction and development of services for the House, individual members, and the public.

The Clerk is the Speaker's chief administrative deputy, with authority and responsibilities similar to those of a deputy minister for a government department. The Office is responsible for a wide range of administrative and procedural duties relating to the work of the House and its committees.

The Chief Clerk has managerial control over budgets, personnel, and policy development. The Clerk maintains the Journals of the House of Assembly and other permanent records of the House, and is responsible for the safekeeping of the Assembly's documents. 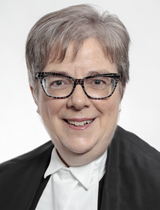 Chief Clerk of the House (acting) 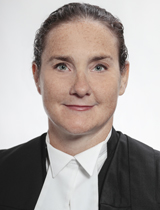