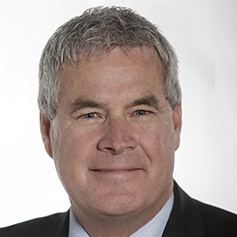 Gordon Wilson was first elected to the Nova Scotia House of Assembly as MLA for Clare-Digby in 2013 and was re-elected in 2017.

He has served as Minister of Environment.

He was employed with the Department of Natural Resources for many years and was the Deputy CAO for the Municipality of the District of Digby.

He is a member of the Assembly Matters Committee.